Greater than and smaller than are some of the most important functions for the analog inputs. Because with greater and less than you can tell a regulation and / or control whether a value is OK or not. Technically correct, one speaks of a fault that triggers a control process. The FAULT is a deviation from the target value and we can determine this deviation with a greater than and less than function.

As a rule, the open brackets are used as a symbol or sign for this function. Remember: a hungry crocodile always wants to eat a lot. The open mouth therefore points to the larger number.

If only the functions larger and smaller than are used, certain malfunctions cannot be correctly regulated, which is why there are some other comparison functions.

"Plcladdersimulator2" also has these various functions that enable regulation. 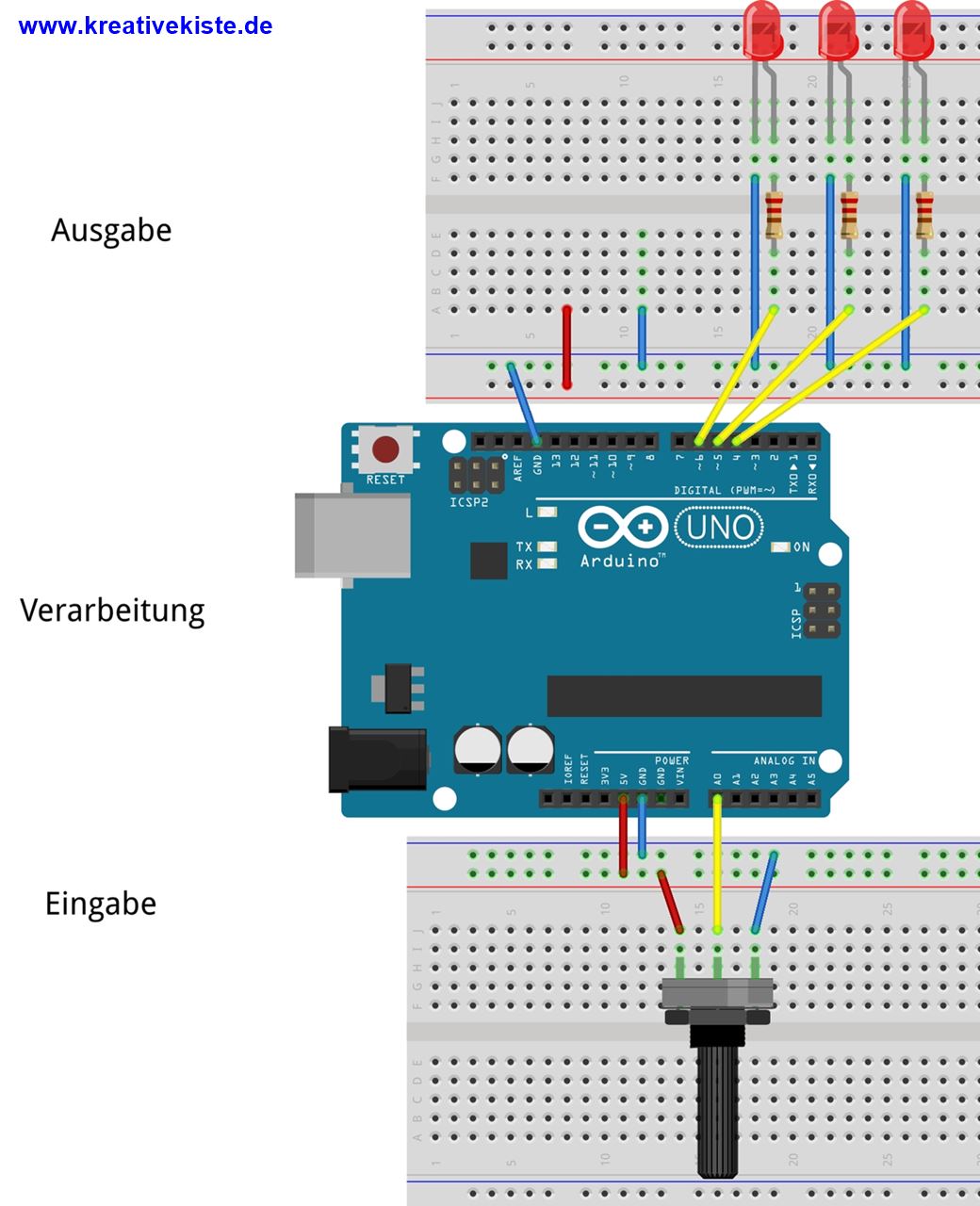 The analog PINs are marked purple, as you can see in the software's "PIN MAP". 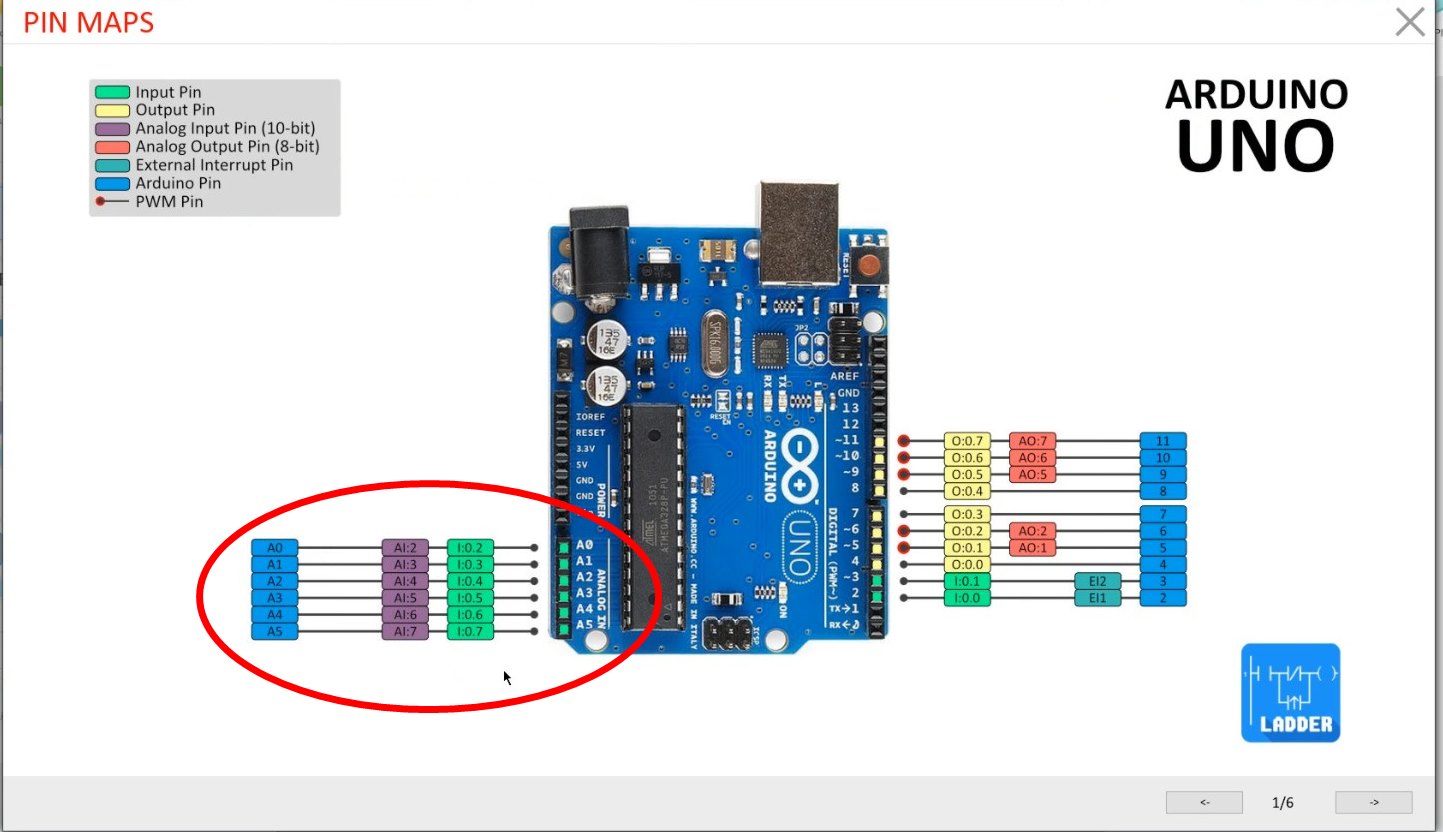 Since the analog PINs can also be used as digital ones, you must first switch from digital to analog. It still has to be set whether the VCC PIN of the potentiometer of 3.3 or 5 volts is used. The remaining settings should not be changed. 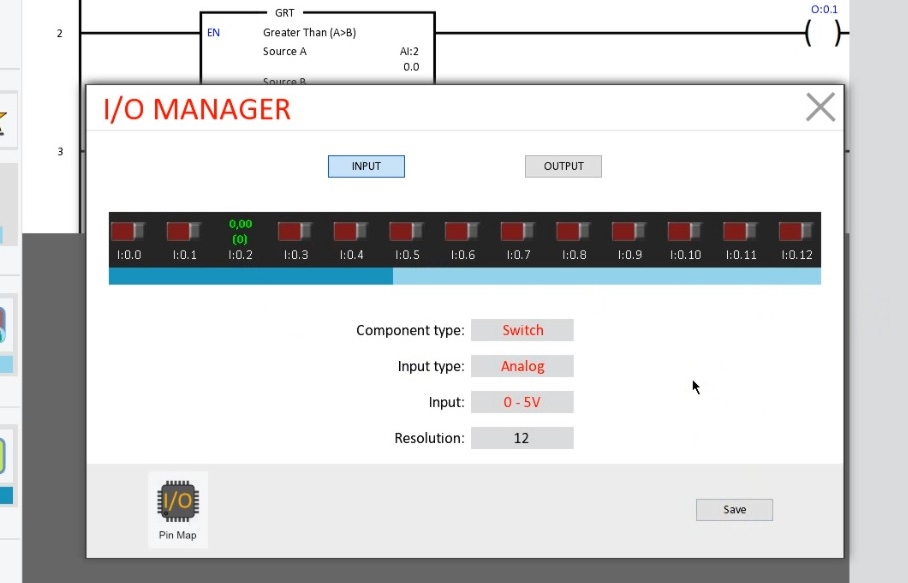 If you add a "greater or less than" block, a dialog window for the function opens immediately.

In this way, different values can be compared and, depending on whether the outputs are switched or "flags" are set. In this case the LEDs at the outputs would turn on or go out one after the other when the potentiometer is turned. 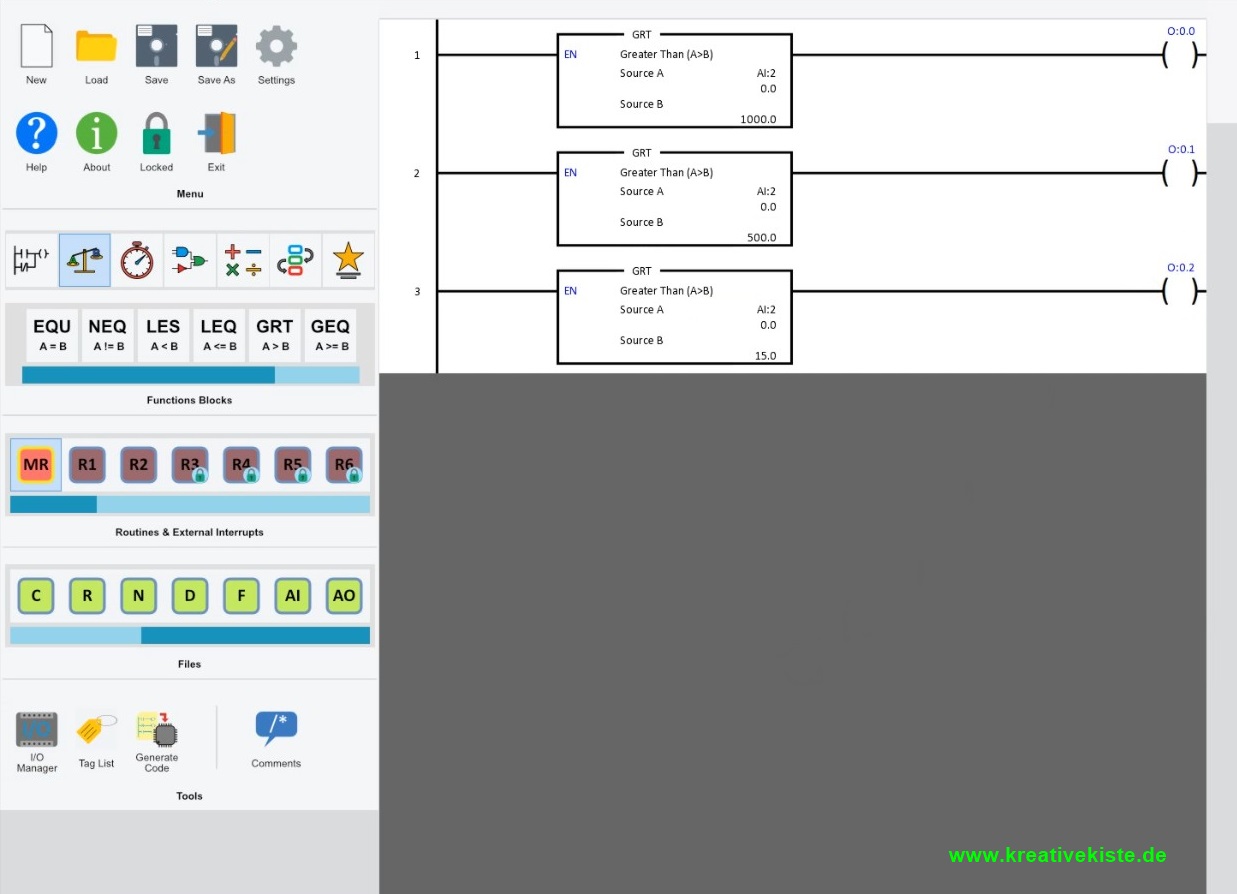 If the "less" functions are used instead of the "greater", the LEDs go ON and OFF in reverse order when the potentiometer is turned. Since the conditions are not met if the value is greater than X, but rather if the value is less than X.

The simulation does not completely agree with the program, in the simulation the value goes much higher at 5 volts. In my experiments, the value at 5 volts only goes up to the "known" 1023. Therefore set the values between 0 and 1023. 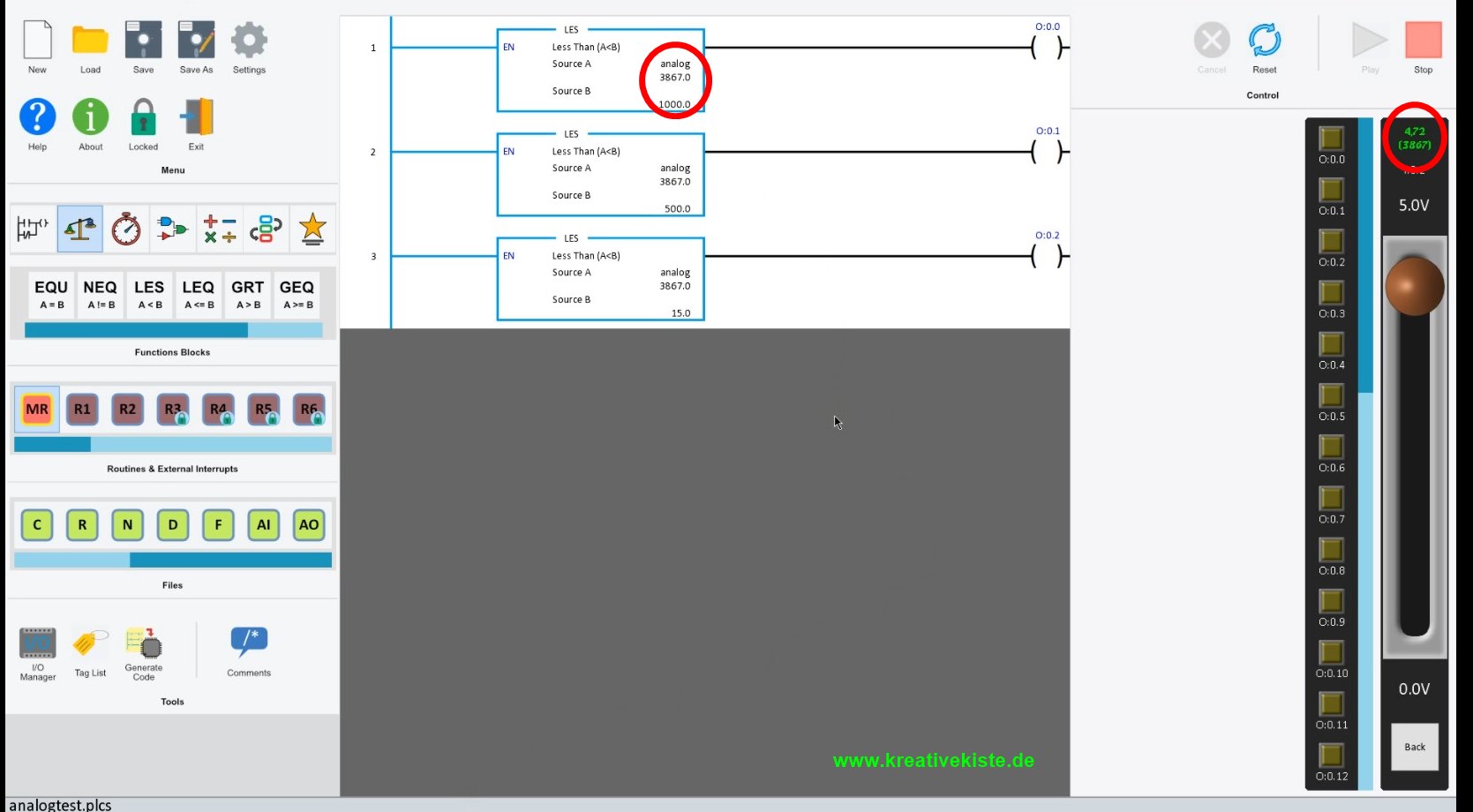 If only one LED is to be "HIGH" at a time, the others can be switched off via a contact. In this way, well-functioning regulations and controls can be programmed very easily. 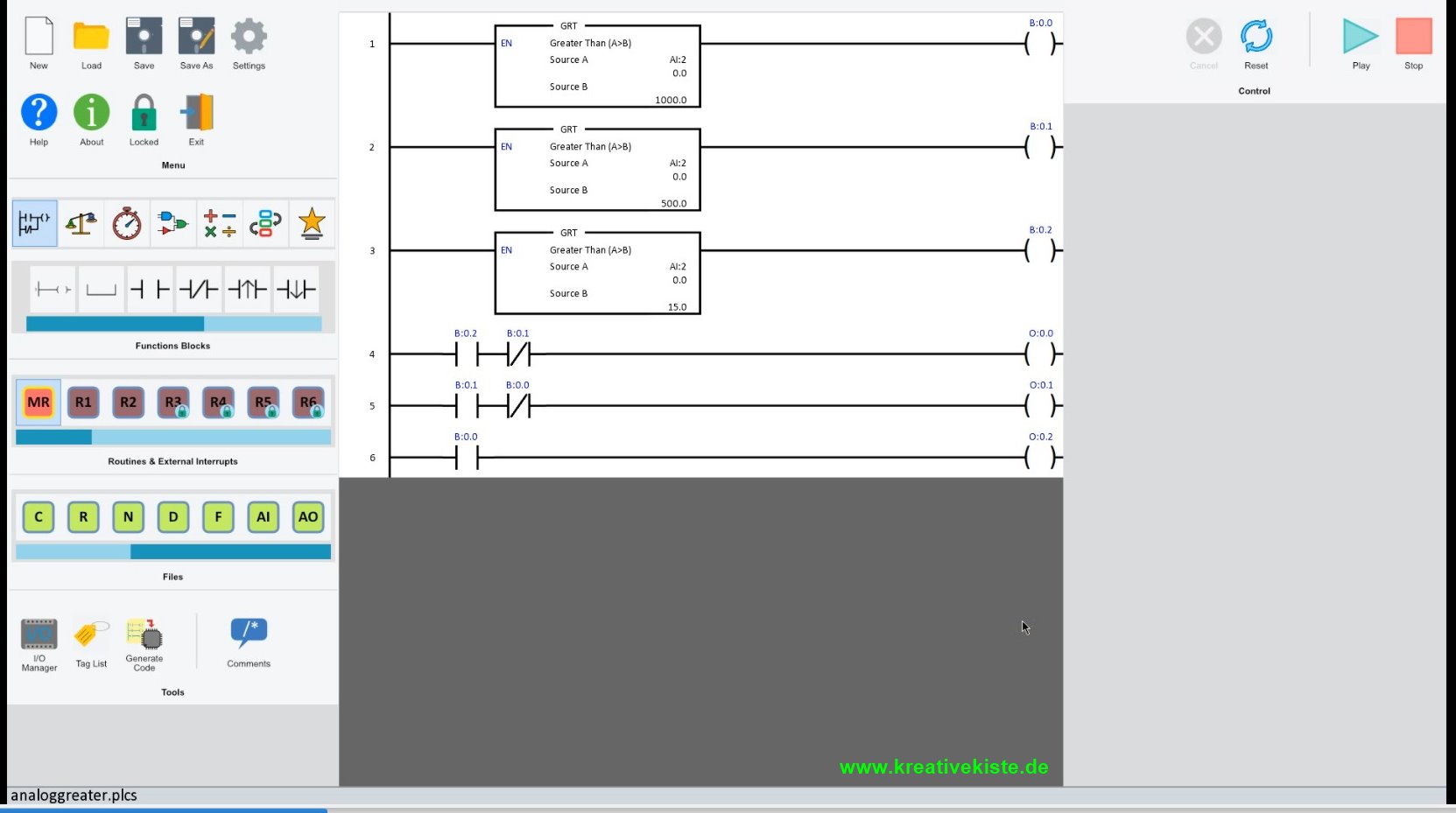