When I talk or write about a "multi-tool", most people most likely imagine a pair of hinged pliers with a knife, various screwdrivers, a saw, scissors and other tools on "board" . Today there are many different multifunctional tools in all shapes, sizes, features and price ranges. The idea for such a multi tool goes back largely to Tim Leatherman. 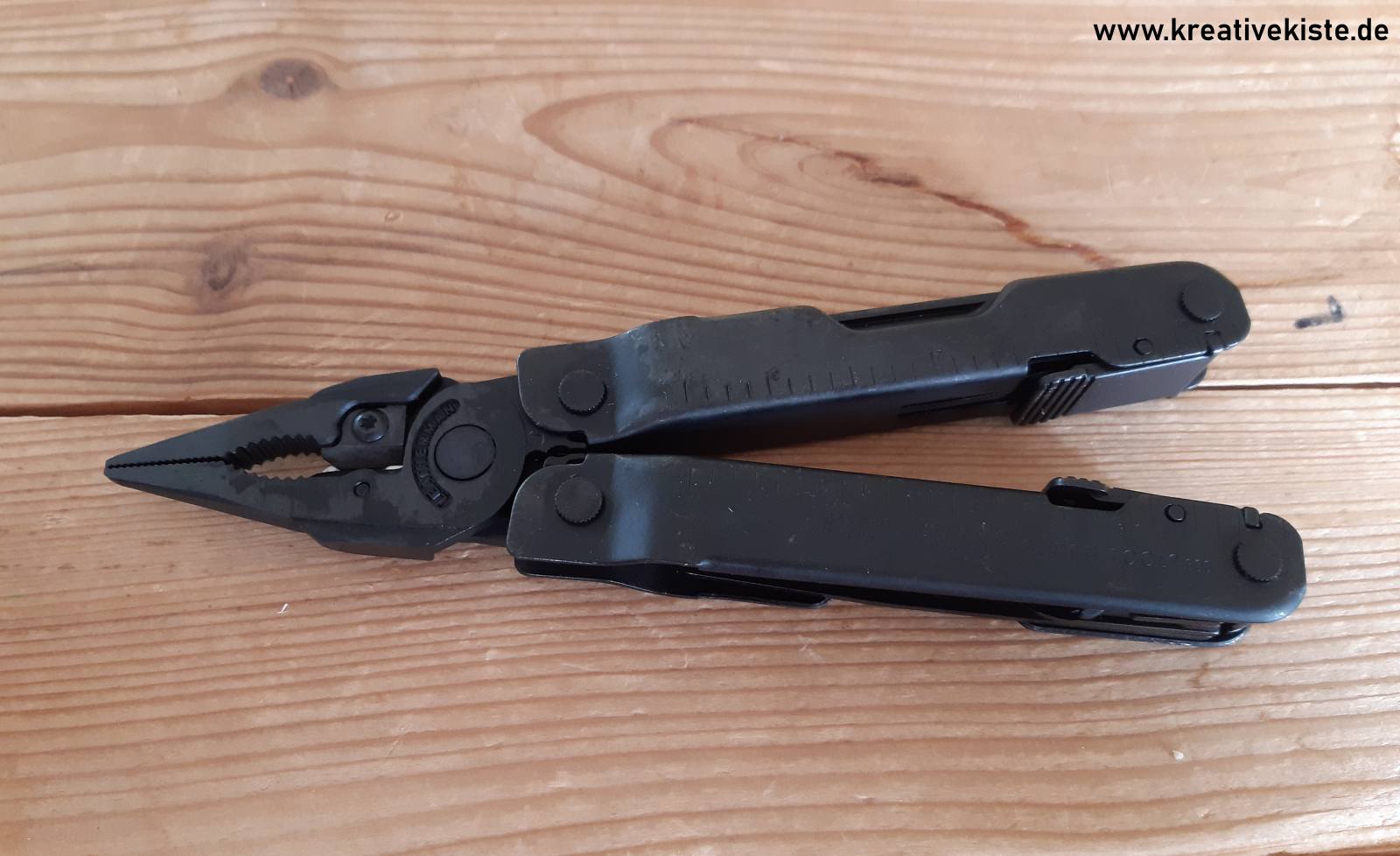 The Leatherman Super Tool 300 has two special features. For one thing, it doesn't have bits like the Wave, Surge or Skeletool, but "normal" screwdrivers. On the other hand, the blade cannot be opened with one hand.

In addition to the "surge", the Leatherman Super Tool 300 has one of the largest, most functional and robust plier heads in the Leatherman range. The rest of the tools are inside the handles. It should be noted that all tools, including the two blades, are only accessible when the tool is fully or partially open. None of the tools are accessible from the outside, as is the case with the Wave or Surge, for example. It should also be noted that none of the internal tools are easily accessible with one hand.

I often hear the argument that you don't need many of the tools of a multitool at all. That is certainly true, but if you need one of the tools of the Leatherman Super Tool 300 you are happy to have this tool with you. And especially with the 300, the selection is varied and not too exaggerated. 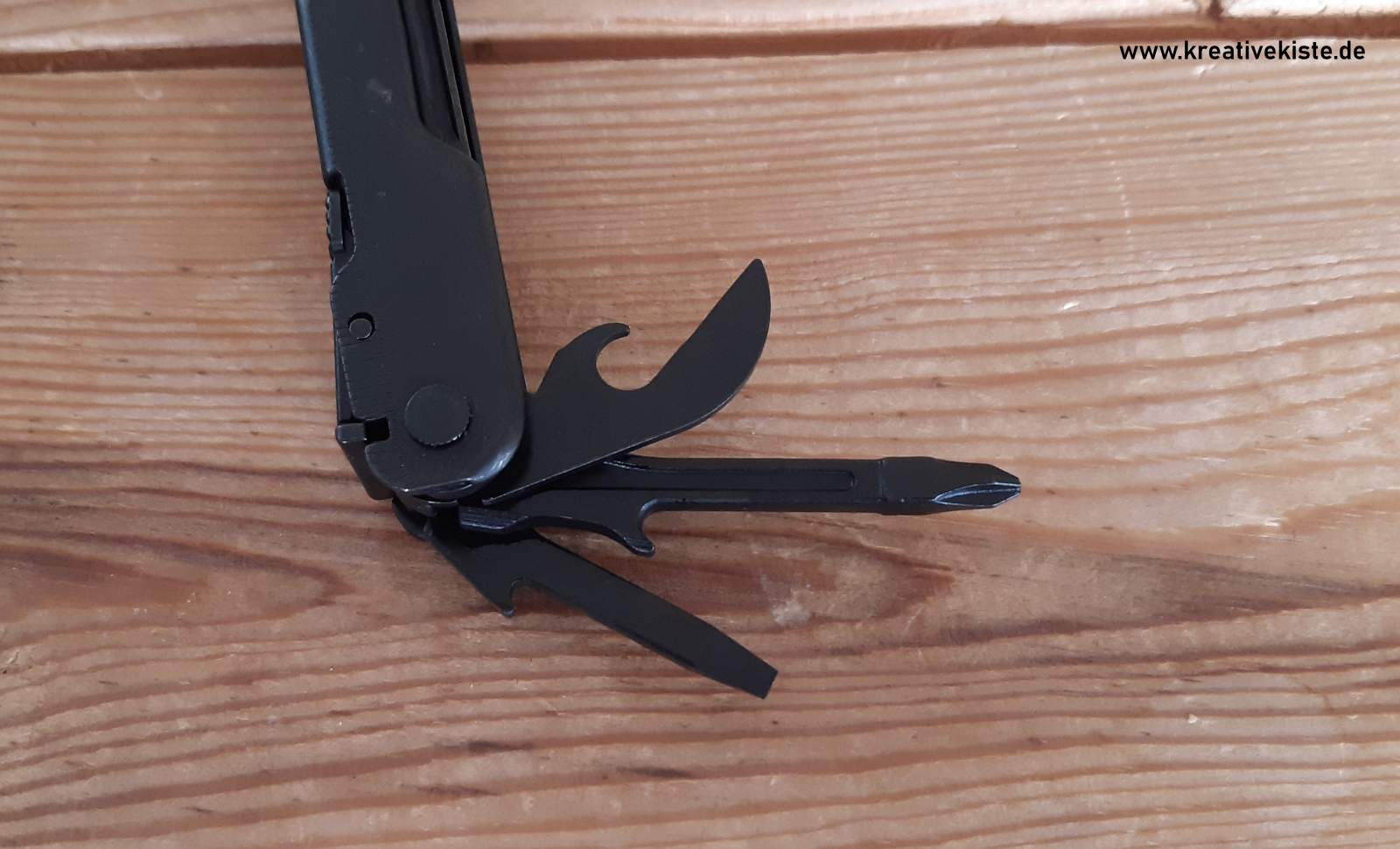 None of the tools on the Super Tool 300 are accessible from the outside, but all tools can be locked safely and easily. What I really like about the design in contrast to the signal here are the large cutouts on the handles, so the tools can be opened easily. I think that's important when you wear gloves, which is not only the case at work in winter. 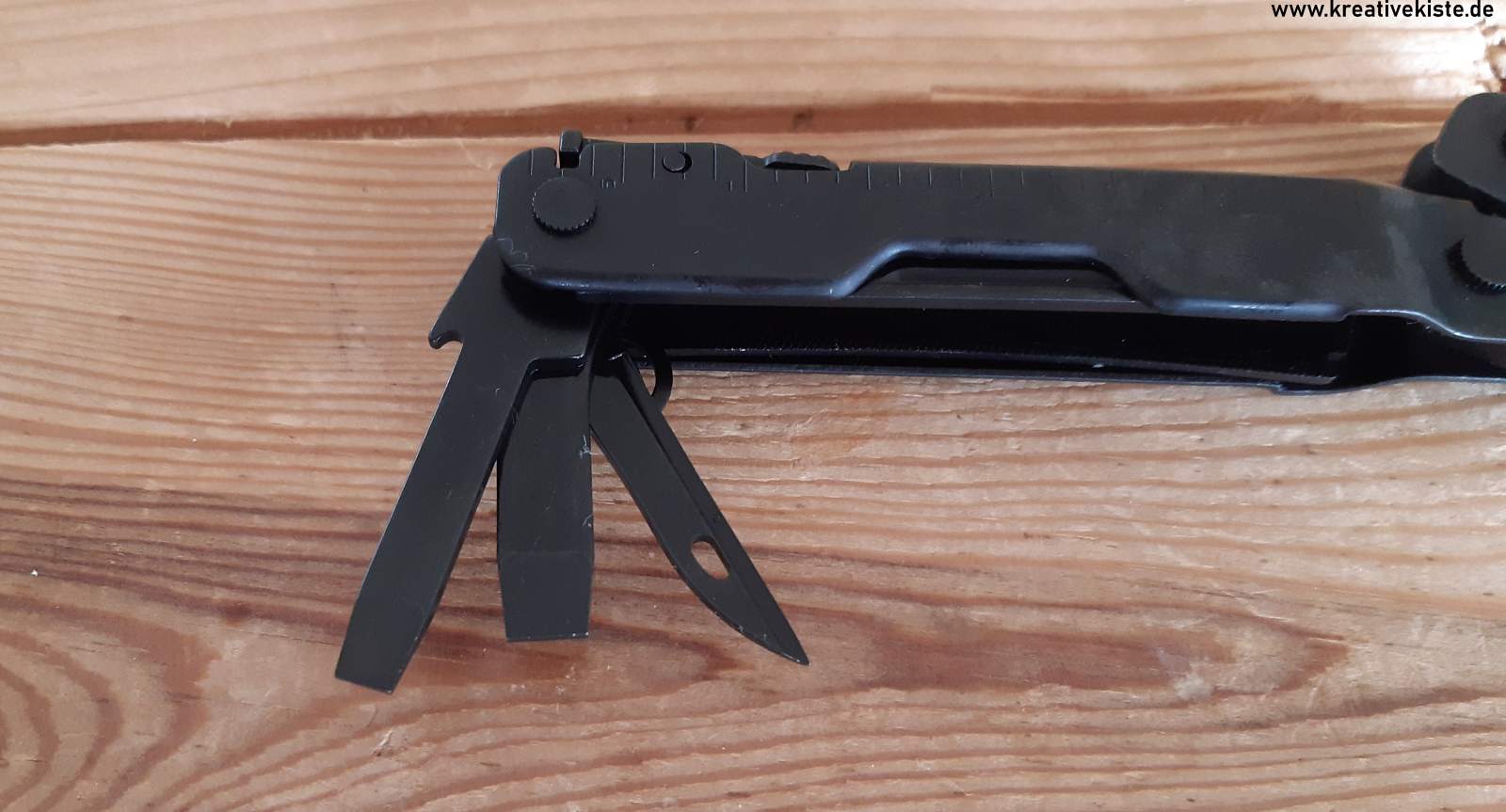 The Super Tool 300 has two knife blades with a standard size of 8 cm. and the standard blade steel 420 HC. Personally, I think two knives with separate bevels are always better than one blade with a combination blade. That bothers me on the skeletool as well as on the signal. In my opinion, a combination sharpening always only has the disadvantage of both knives. Two blades have the advantage of both knives.

The advantages of the serrated edge are:

The disadvantages of the serrated edge: 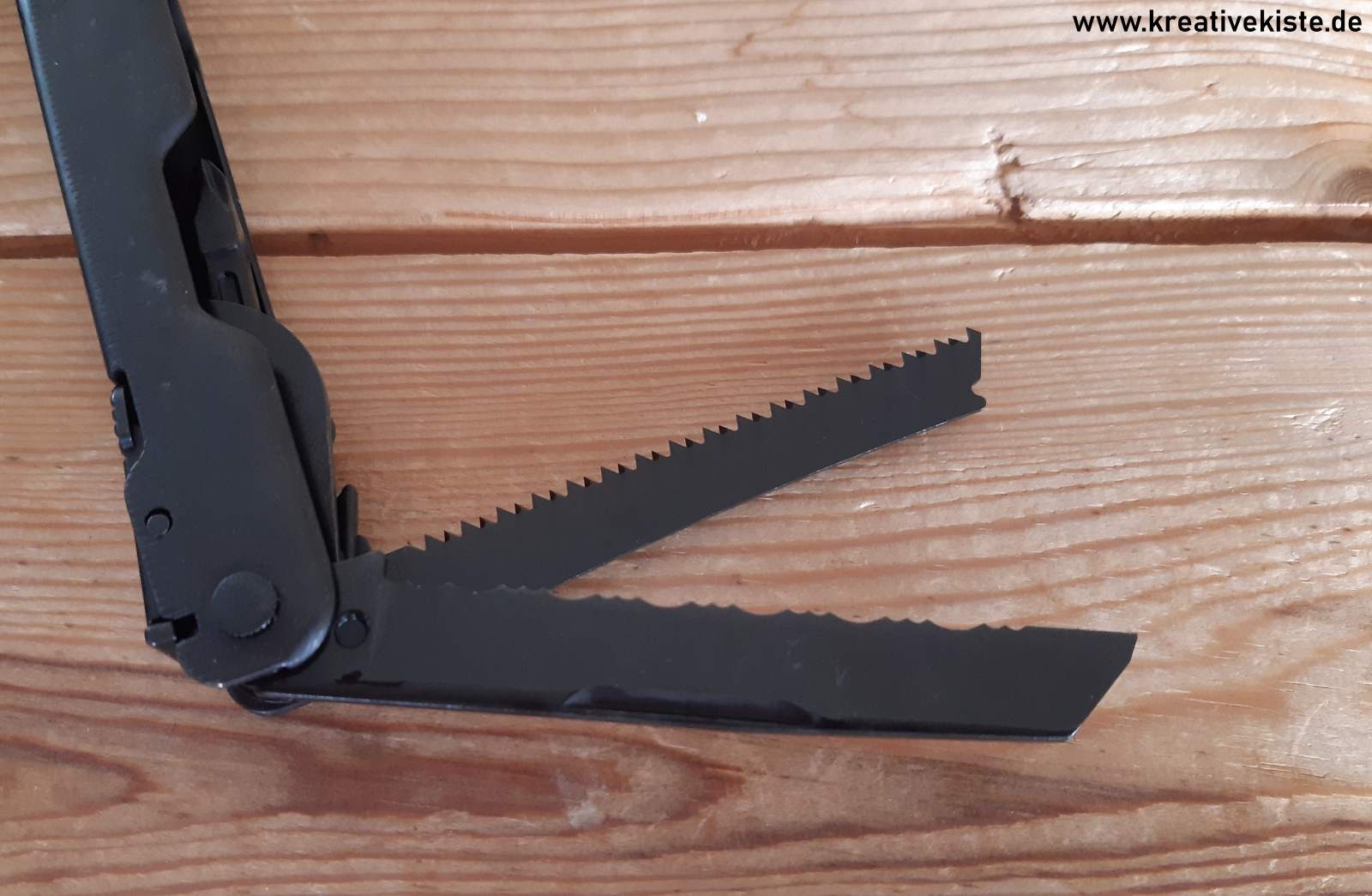 The saw on the Leatherman Super Tool 300 is roughly the same length as the two knife blades. The saw is sharp and somewhat "flexible", so even damp branches can be sawed well. Branches up to 6 cm thick can be sawed through with the saw without great effort. The teeth of the saw "clog" easily because they are relatively tight, but they are easy to clean. But with "narrow and fine" teeth, nicer and finer cuts are also possible, which is more important to me personally.

There are four different screwdrivers in total. There is a Phillips screwdriver and three different sized slotted screwdrivers. All four screwdrivers are long and grip well. When it comes to files, I think it's a shame that Leatherman did without the diamond grit that other Leathermans have.

Conclusion on the SUPER TOOL 300

The name of the Leatherman Super Tool 300 says it all. A really good reason for the 300 is that all of the tools are inside the knife. If you run the risk of violating German law with other knives if you just carry it on your belt or have it in your backpack. You can have this Leatherman with you with a clear conscience. In addition, all important tools and sturdy pliers are on board. Of course, the Super Tool 300 also has some disadvantages, such as the lack of scissors, a file that is not set with diamonds, a rather chunky shape and the knives have the sharp side on the inside..

If you don't have a multitool yet and want to buy one because you are traveling or just want to have some tools and a knife "around the house". So the Leatherman multitool is exactly the right one. It is not specialized like the Signal or MUD, not as big as the Surge and not as poorly equipped as the Skeletool.

The Leatherman Super Tool 300 is the perfect all-rounder, even if it is not a beauty among the multitools.

The rebar is an alternative to the super tool 300

An alternative to the Leatherman Super Tool 300 is the Rebar, which has similar functions but looks much nicer. Both are good multitools at a reasonable price. Both tools have similar features, but the rebar is a bit lighter and smaller.